You are here: Home / Our Course / Lesson 2. Nissen Total Fundoplication

Note: this technique of separating the reticulum from the rumen is used in Exercises #3, #4, and #5 to prepare the goat stomach model. 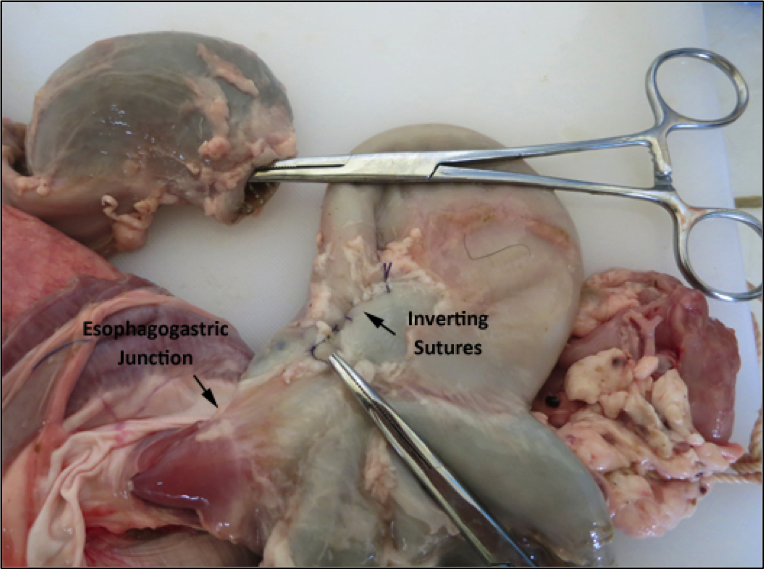 Figure 2.1: Preparation of the Goat Stomach to Simulate the Human Stomach

3. Pass a lubricated esophageal bougie the full length of the esophagus into the proximal stomach.

1. Pass an esophageal bougie by mouth through the esophagus and into the proximal stomach.

2. Describe the location and the rationale for dividing the vasa brevia between the gastric antrum and the spleen.

3. Identify the left and right crura of the diaphragm.

4. Create by blunt dissection a circumferential space around the intra-abdominal segment of the distal esophagus and then pass a Penrose drain to retract the esophagus while enlarging the space adequate to accommodate the gastric fundal wrap.

5. Grasp the gastric antral tissue and pass posterior to esophagogastric junction through the space created by Step #2.

6. Bring the end of “wrap” anterior to the esophagogastric junction by grasping it with a Babcock clamp and suture to the gastric antrum on the patient’s left side with three 2-0 Ethibond sutures for a total wrap length of 1.5 cm (see below). 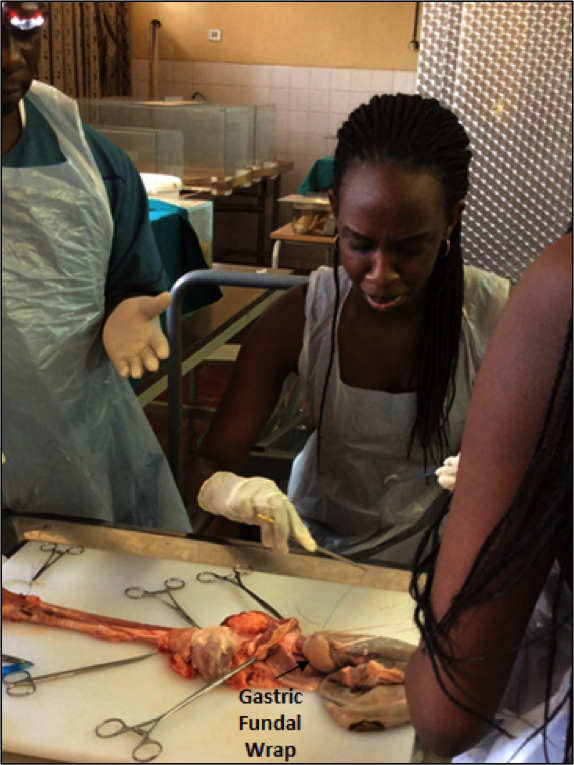 8. Place two “tacking” sutures of 2-0 Ethibond through the “wrap” into the adjacent diaphragm on each side of the wrap (see below). 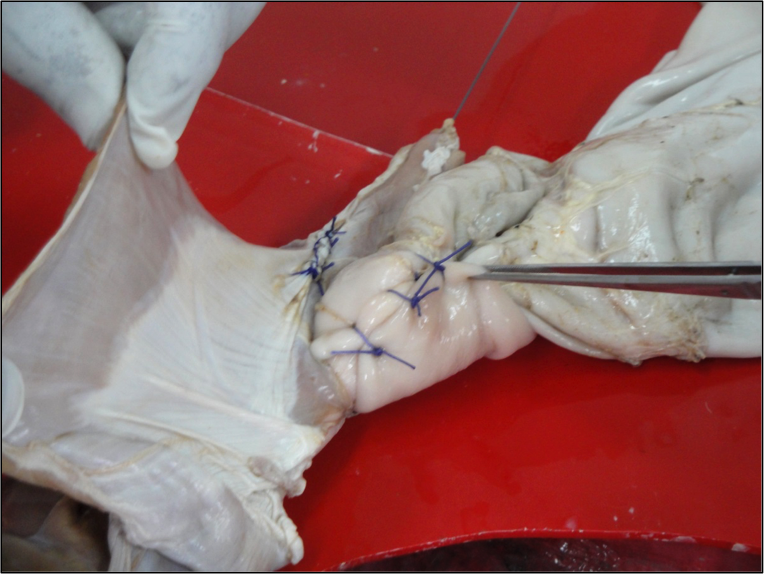